The opening ceremony of the 43rd session of the UNESCO World Heritage Committee was held on June 30 this year in Baku. The session is attended by the delegation of Uzbekistan headed by the Deputy Prime Minister of Uzbekistan, Chairman of the National Commission for UNESCO in Uzbekistan Aziz Abdukhakimov.

With the ceremonial greetings by the Director-General of the UNESCO Audrey Azoulay, the President of the Executive Council of the organization of Lee Byung Hun and Minister of culture of the Republic of Azerbaijan Abulfas Garayev.

This important global event reflects the importance attached to samples of material and natural heritage, ancient monuments that express the identity and historical memory of the peoples of the world.

At the session of the Committee in Baku, presentations of 36 of the 42 applications submitted for inclusion in the World Cultural Heritage List were considered. Of these, 6 proposals relate to natural, 28 – cultural and 2 – mixed (both natural and cultural) heritage. Within the framework of the two-day visit of the Uzbek delegation to Baku, meetings are planned with the Director-General of UNESCO, Audrey Azoulay, Deputy Prime Minister of Azerbaijan D. Akhmedov, Minister of culture of Azerbaijan A. Garayev, Minister of education D. Bayramov, Chairman of the State Agency for tourism development F. Nagiyev, Director of the UNESCO World Heritage Center M. Ressler and heads of delegations of 21 countries-members of the World Heritage Committee. Deputy Prime Minister of the Republic of Uzbekistan Aziz Abdukhakimov, as rector of "Silk road"  International University of tourism, is also expected to participate in the signing of a Memorandum of understanding in the field of education and science between the "Silk road"  International University of tourism and the Azerbaijan University of tourism and management.

During the session of the World Heritage Committee, the reports submitted by the Uzbek side related to the preservation of cultural heritage in Shakhrisabz, Samarkand and Bukhara will be considered. As a result of the discussions, the relevant decisions of the Committee will be adopted with further recommendations on the conservation of these world heritage sites. The delegation of Uzbekistan will present detailed reasoned positions on each issue in Baku.

It should be noted that a multifaceted and effective cooperation between Uzbekistan and UNESCO is currently being implemented. In particular, within the framework of the "Country program" signed during the visit of the President of the Republic of Uzbekistan Shavkat Mirziyoyev to UNESCO headquarters in Paris in October 2018, important projects are being implemented in such areas as education, culture, science and ICT development. It was the first such document, which UNESCO signed with a member country.

The constructive dialogue established between the parties on the issues of preserving the tangible and intangible cultural heritage of Uzbekistan makes it possible to fully ensure the implementation of all the norms of the conventions ratified by the Republic, as well as the recommendations of UNESCO in this direction.

In particular, in January 2019, at the invitation of the Uzbek side, the historical cities of Shakhrisabz, Samarkand and Bukhara were visited by a ICOMOS Reactive Monitoring Mission consisting of the leadership of the International Council on Monuments and Sites preservation(ICOMOS), which officially noted the positive measures taken by the Government of Uzbekistan since the end of 2016. To date, there is a moratorium on all types of construction works in World Heritage sites located in the country. A draft law providing for criminal liability for unauthorized work within the world heritage sites has been submitted to the Parliament of Uzbekistan.

The Government of Uzbekistan has been working for many years with authoritative international experts in the field of heritage preservation in these cities. Cooperation has been established with the specialists of the famous French Institute of Urbanism, who assist in the development of the master plan and Management plan of Samarkand. The documents will fully comply with international standards and requirements of UNESCO.

Uzbekistan has a huge and unique cultural heritage, which requires daily hard work on their conservation, preservation and restoration. In this regard, an International conference on the preservation of tangible and intangible heritage is planned to be held in Samarkand in August this year, under the auspices of UNESCO, in which the Director-General of UNESCO Audrey Azoulay and more than 200 leading scientists, experts and specialists in this field from 45 countries are expected to participate. The conference will allow to consider actual problems in the sphere of protection of cultural monuments, to study international experience, to improve the national system of preservation of historical and cultural heritage, to determine the main vectors in the activities of state and public organizations in this direction. 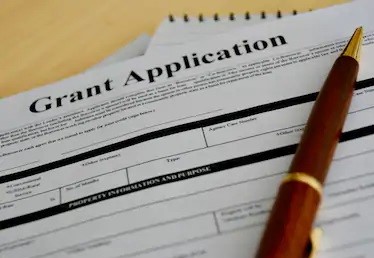